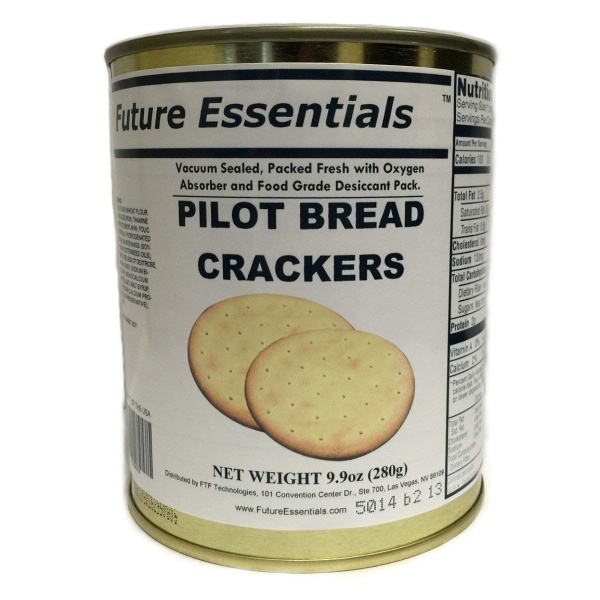 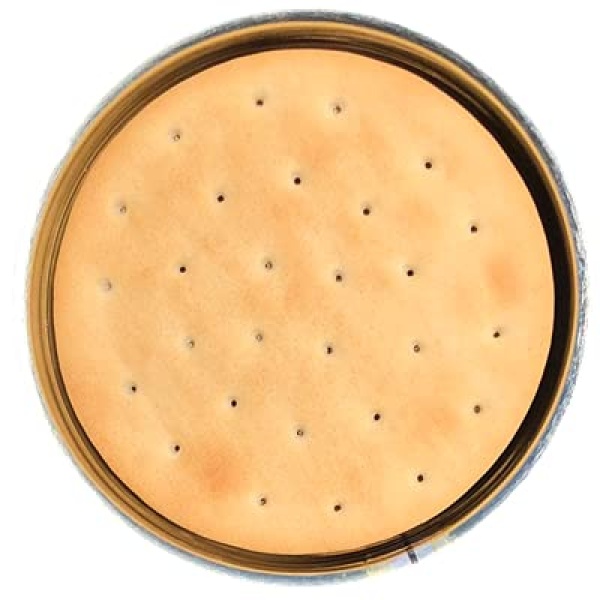 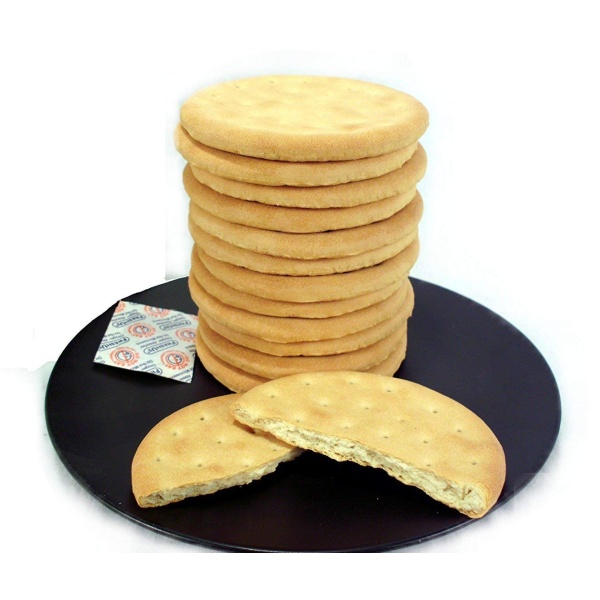 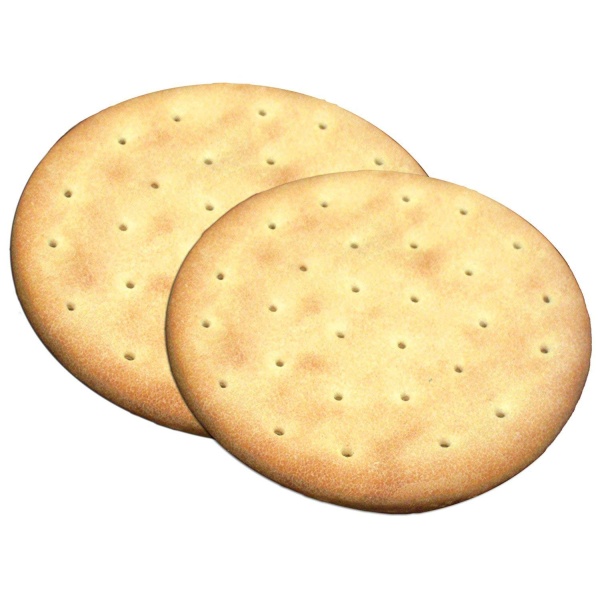 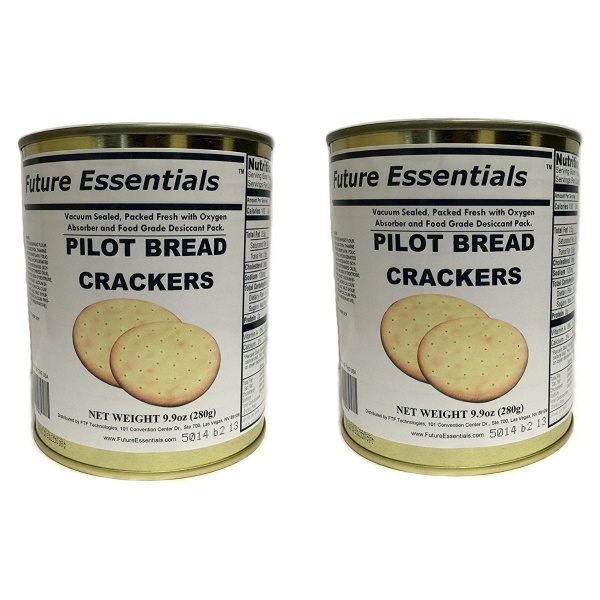 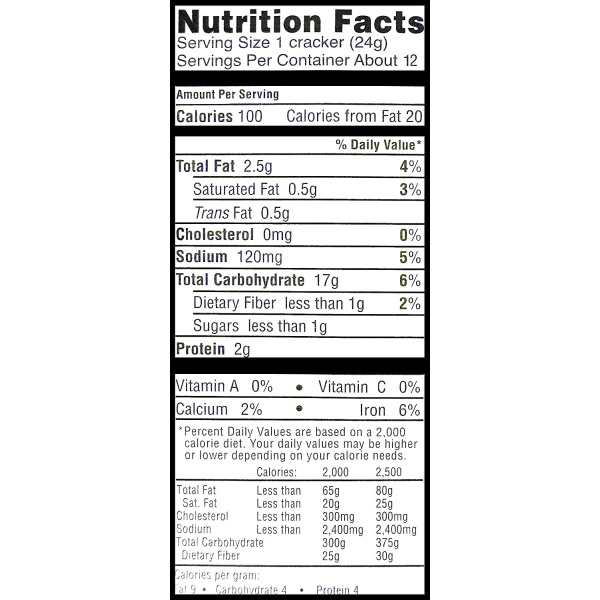 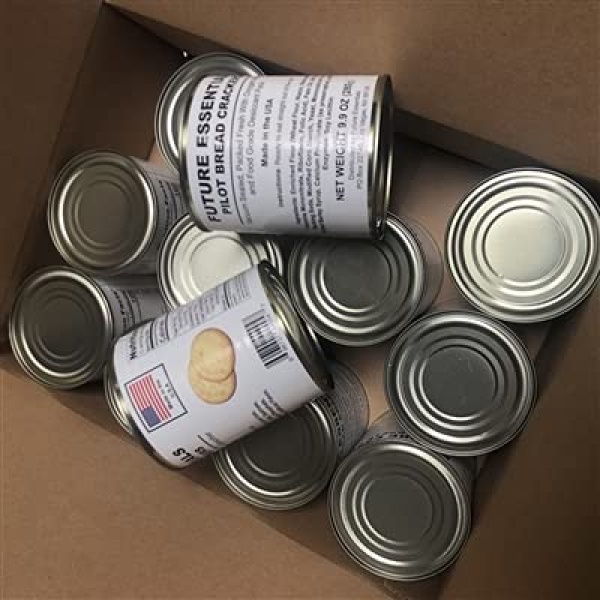 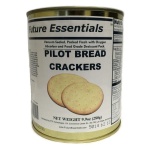 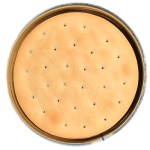 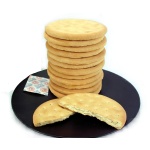 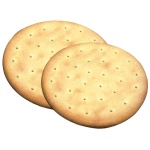 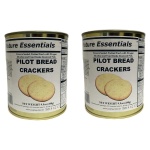 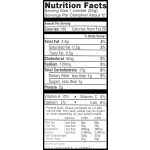 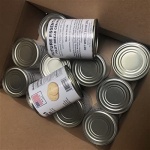 Future Essential’s Sailor Boy Pilot Bread This product is packed in a 2.5 Can, net weight is 9.9 oz per can. They are 100% US Procured and Produced and canned in the last 30 days. There are at least 12 crackers per can and 12 2.5 cans to a case (also available by the half case). Pilot Bread Crackers are the perfect choice for daytime snacking or a crunchy companion to soups or casseroles. These lightweight snacks are used as survival rations in pilot emergency kits since there is no cooking, preparation, or rehydration needed—just open the lid and enjoy! These crackers are known for their 30 year shelf life. Pilot bread is a significant source of food energy in a small, durable, light weight package. Unlike our competitors, we are selling our Pilot bread in the smaller 2.5 can which saves space especially if you are in a crunch for packing stuff for a trip. Pilot bread tastes great paired with cheese, peanut butter, salami, or dipped in soup or coffee, just to name a few ideas. Here is some history on Sailor’s Pilot Bread for all those who have never heard of it. Pilot Bread is known by other names such as Ship’s Biscuit and Hardtack. The name Hardtack is derived from the British sailor slang for food, “tack”. Because it is so hard and dry, pilot’s crackers (when properly stored and transported) will survive rough handling and endure extremes of temperature. The more refined Captain’s biscuit was made with finer flour. Many early physicians believed that most medicinal problems were associated with digestion. Hence, for both sustenance and avoidance of illness, a daily consumption of a biscuit was considered good for one’s health. The bakers of the time made biscuits as hard as possible, as the biscuits would soften as time went on. Pilot Bread was even used during the American Civil War and Spanish-American War.

Product will be packaged in pouches, cans, buckets or boxes. The product may or may not be labeled under a different brand but will be the same exact product listed and carry the same characteristics such as gluten-free, organic, non-GMO, all-natural, etc. Servings per pouch may or may not be exactly the same as shown in the product description but you will get at least as many servings as you order.