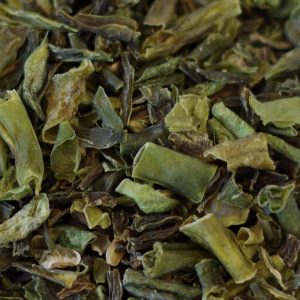 Why Green Beans are Great for Emergency Food Storage

People all around the world love green beans. Green Beans come in various shapes and sizes, and sometimes even various colors. They are great for eating by themselves as a snack, mixing in with salads, pasta, rice, stir fry, or whatever else sounds good!

Green Beans are rich in the following vitamins and minerals: vitamin k, iron, and vitamin a. They also contain smaller amounts of potassium, phosphorus, and calcium.

Raw green bean nutrients will vary based on variety but in a 1 cup serving, there are approximately 31 calories, 0 grams of fat, 0 milligrams of cholesterol, 6 milligrams sodium (salt), 7 grams of carbohydrates, 3 grams of dietary fiber, 3 grams of sugar, and 2 grams of protein.

Green Beans have a glycemic index of 32. The glycemic index is a scale of 0-100 that scores how quickly carbohydrates are converted into energy with zero being the lowest and 100 being the highest (pure glucose.) Foods with a lower glycemic index break down slower and give you smaller amounts of energy over a larger period of time.

Food storage of green beans typically consists of a combination of any of the following: #10 cans, #2.5 cans, mylar pouches, glass or plastic jars, and pails or buckets. No matter the container you’ll likely find an oxygen absorber that you’ll want to discard once you open the product since they can’t be reused.

Green Beans that are freeze-dried retain much of their nutritional value. Freeze drying is most-advanced process of completely removing water from food. It uses low temperatures to freeze a food’s moisture content, and with the aid of a vacuum pump and gradually warming temperatures, removes the ice from the food by a process known as sublimation. The proper terms for this process, in whole, are lyophilization or cryodesiccation. In the past it required large, and very expensive commercial freeze drying machines. Much smaller and many times more affordable freeze dryers are now available for in-home use here.

Green Beans that are properly freeze-dried can have a shelf life of up to 25 years or more! It’s important that you keep them dry and in cool temperatures. Storing freeze-dried green beans in places that can get very hot in the summer, such as garages and attics, will drastically reduce their expected shelf life. We suggest storing them in cool and dry places of 75 degrees Fahrenheit or lower. We suggest that when you open a package or can you’ll want to consume it all within 12 months.

Freeze-dried green beans typically retain their same shape as when they were raw but become much lighter. A lot of people will describe them as crunchy. You can rehydrate freeze-dried green beans by placing them in a bowl of water for several minutes. You’ll want to check them every so often to get them back to the consistency that you want. Once reconstituted we’ve experienced them tasting and having a texture as if them were placed in a freezer raw then thawed out. Whether you eat them dry or rehydrated, they are sure to please!

Green Beans that are dehydrated retain some of their nutritional content. Dehydration uses heat and higher temperatures to dry foods out. It’s use dates back to as early as 12,000 B.C. One of the oldest methods of dehydrating food is sun drying. Other methods include air drying, solar oven dehydrating, oven drying, and using at-home electric dehydrators.

The shelf life of dehydrated foods will vary based on many factors but it is typically limited to 3-5 years or less. Like freeze-dried green beans we recommend storing dehydrated green beans in cooler and dry locations to extend their shelf life as much as possible. You should consume them as soon after breaking their container seal.

Dehydrated green beans will typically shrink and “shrivel” up and harden some extent. They are great for camping because they take up much less space (volume) than freeze-dried ones. You can rehydrate them with water but we don’t like them reconstituted as much as their freeze-dried counterparts. Despite that opinion of ours being said they are still delicious and are the perfect choice for many applications!

There are some key differences between freeze-dried and dehydrated green beans in form, function, taste, and nutrition. You decide the winner!